Opus client, Seneca Nation was recently featured in the news after they announced their plans for a recreational cannabis dispensary on tribal land. For more information check out the articles below!

“The Seneca Nation of Indians announced this week that it is building a cannabis dispensary on its sovereign Niagara Territory in the city of Niagara Falls in upstate New York. Dubbed Nativa Cannabis, the marijuana dispensary is scheduled to open in February 2023. Seneca Nation President Rickey Armstrong Sr., who was sworn in on Tuesday after being elected last week, announced the new venture after taking office.”

“On Tuesday, after the official swearing-in of new president Rickey Armstrong Sr., the Senecas confirmed that construction work being done on property next to the Seneca One Shop fuel station at the corner of John B. Daly Boulevard and Niagara Street will lead to the opening of a cannabis dispensary.”

“The Seneca Nation of Indians is getting into the legalized marijuana business. The Nation’s new leadership announced Tuesday that it will build a tribal-owned cannabis dispensary on its sovereign Niagara Territory in the city of Niagara Falls. The new Nativa Cannabis business – which will be operated through the tribe’s Seneca Development entity – will be located at the corner of John Daly Boulevard and Niagara Street, adjacent to the tribe’s Seneca One Stop gas station and convenience store. Construction on the 2,500-square-foot building has already begun on the site, with an opening planned for early February 2023.”

“Another Upstate New York Indian nation is ramping up its move into the legal marijuana business. The Seneca Nation of Indians announced plans today to open its first nation-operated marijuana shop, or dispensary, just a few blocks from its casino and other properties in downtown Niagara Falls. That shop, expected to open in early 2023, will join a marijuana cultivation facility to be located on Seneca territory in the Southern Tier.”

“The Seneca Nation is building its first dispensary in Niagara Falls. It will be located right next to the Seneca Niagara Resort & Casino and the Seneca One Stop gas station. It will be called Nativa Cannabis, and it’s expected to open in February. Nativa Cannabis will operate out of a 2,500 square foot building. Since it’s on sovereign land, the Nation did not need to ask permission from the City of Niagara Falls to build the dispensary.”

The Seneca Nation is moving forward with its latest investment in the development of its sovereign Niagara Territory.

“Nation officials announced today that Seneca Development, a Nation-owned entity, will open a cannabis dispensary on the territory early next year. The dispensary, which will operate as Nativa Cannabis, will be located at the corner of John Daly Blvd. and Niagara Street, next to the Nation-owned Seneca One Stop fuel station and convenience store. Construction of the project is currently underway, and opening is targeted for early February.” 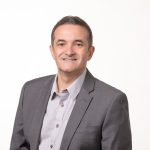 As the President of Opus Consulting, Jacques brings years of leadership experience in the entertainment, tourism, financial services and technology industries. His expertise lies within business strategy and management, new business ventures, due diligence, accounting, process improvement, financial systems, planning and analysis, and sales and marketing strategy. Prior to founding Opus Consulting, Jacques began his career at Ernst & Young and Universal Pictures in Paris, France. Since moving to Maine in 1999, Jacques has held several executive positions and engaged in an array of consulting assignments. In his free time, Jacques enjoys riding his motorcycle, skiing, traveling, and spending time with his wife and two daughters. Jacques holds a degree from EDHEC School of Management in Lille, France with a concentration in Finance.
← Previous Post
/****** Constant Contact Forms *******/