Exit Strategy: Just as Important as the Initial Investment 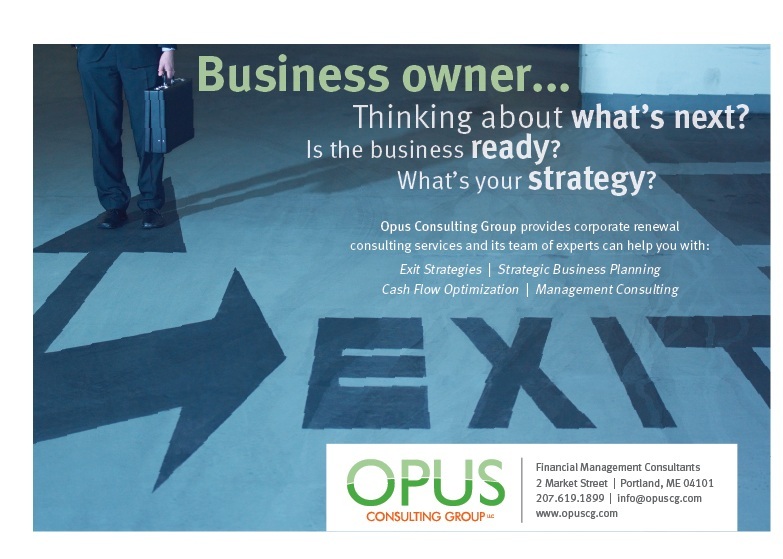 It goes almost without saying that running a business is a process. The process involves a series of stages, often beginning with building the business and its networks and later selling the business as it reaches maturity. Each stage involves different energies and requires varying roles. Many would argue that the most important of these stages is the beginning – building the business. There is certainly some truth to this and Opus Consulting Group is helping businesses during this stage. We have all heard the dismal statistics in certain industries as well as the stories of startups that fail on the runway. However, much less attention is given to the later stages, which includes exiting or selling that business. The hard truth is that exiting your business is just as important, if not more so than the initial investment.
Reasons behind this truth are numerous, most important however is that it comes down to value. Often times an owner won’t get the value it deserves when it comes to selling the business. Owners need to recognize that a successful exit can mean the difference of 15 to 20 percent in returned capital after the sale of their company.

Furthermore, research bears out the tendency for companies to linger. Many studies have shown that as a business ages, the average total return to shareholders eventually tends to decline. In addition, studies show that most family-owned businesses are unsuccessful in their implementation of transitions, be it through sale or succession, and that they tend to exit at the troughs of business cycles – usually the worst time to sell.

The case of GM and its Saturn line illustrate this issue. In 1985, General Motors launched Saturn. It was a small-car division that was GM’s response to rapid demand for compact Japanese brands. Consumers were incredibly receptive and sales peaked in 1994. Aftwerward, however, sales drifted sideways and eventually lower. GM reorganized the division, and in 2004 agreed to invest a further $3 billion to rejuvenate the brand. Over 20 years later however, the line had become completely unprofitable, and as a result GM never saw its initial investment return to the black. In 2009 GM sold Saturn to Penske for less than what the value was in the mid 1990’s.


So, these are the facts. Whether the business is failing and needs to be restructured, or owners are ready to leave and want to protect the equity they have, a successful and well thought out exit strategy should always be a central component of any business plan. Opus Consulting Group is the business component of the exit process. Contact us to know more and how we can help.