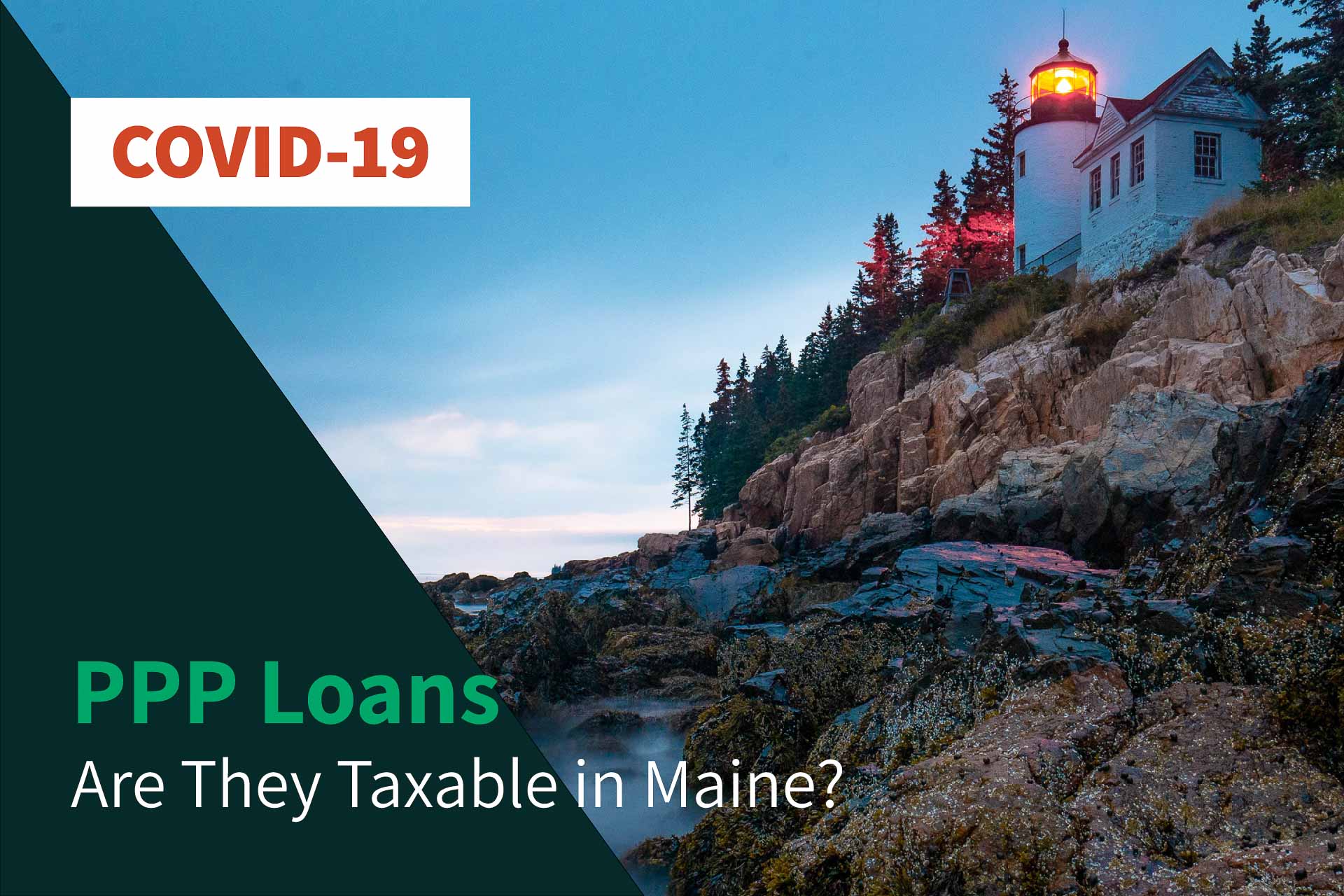 This past week, Maine Governor Janet Mills released a plan to avoid taxing Paycheck Protection Program (PPP) loans, an option that was previously considered by the Mill’s administration.  Mill’s original budget called for taxing the forgivable loans to make up for a $100 million shortfall in the state’s budget. While forgivable loans are normally taxed as income, the federal government exempted PPP loans from this requirement in order to help businesses keep workers on payroll and cover other operating expenses. Thousands of PPP loans were provided to struggling businesses across the state over two rounds as a result of the ongoing Covid-19 pandemic. Citing the requirement that the administration must present a balanced budget, the Mill’s administration claimed they had no choice but to tax the loans.

After much backlash from the Maine business community, the Mills administration announced last Tuesday that they have a plan to avoid taxing the PPP loans. The state will instead extend full tax relief benefits to those businesses that received less than $1 million in loans and partial benefits to those receiving more than $1 million, matching the federal government’s plan. In a press release, the Governor recognized the hardships businesses in the state have faced over the last year.

“Maine small businesses used PPP to keep their doors open, to keep people on payroll, and to keep our economy afloat during a time of extraordinary financial distress,” said Governor Janet Mills. “We recognize the incredible hardship these businesses have endured and, as we have throughout this pandemic, we want to ease their burdens and allow them to stay open and keep people employed. With this proposal, we are matching the measure enacted by the Congress in late December to deliver full tax relief to 99 percent of Maine businesses that received PPP in order to do the most good for the most businesses and the most employees.”

Governor Mill’s announcement comes as the federal government considers additional stimulus legislation. In his American Rescue Plan, President Biden included $15 billion for a grant program designed to assist over one million of the hardest hit small businesses nationwide and another $35 billion for local financing programs to offer low-interest loans to small business owners and entrepreneurs. The legislation is still up for debate in the Senate.

As the fallout from the Covid-19 pandemic continues, Opus Consulting is here to help you. If your business has questions or concerns about your PPP loans, please contact our team for assistance.